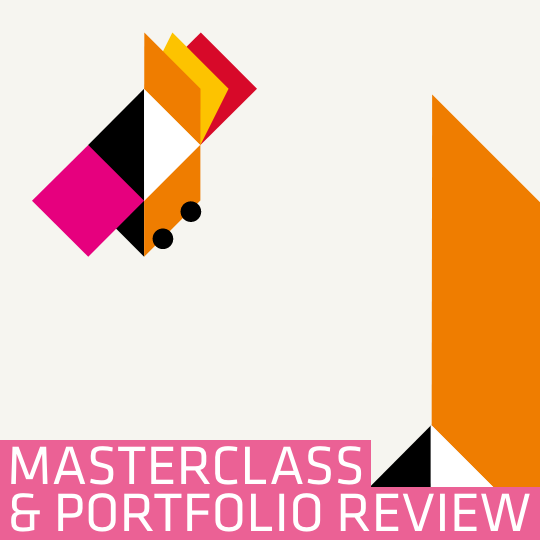 The event has been curated by The Illustrators Survival Corner - Mimaster Illustrazione Milano.

The Jury members will discuss how they went about choosing the illustrations for the 2021 Illustrators Exhibition.

The recording of the full day’s meeting will be available ON DEMAND from 31 March until 30 June.

Enter in the BCBF visitors reserved area and go the "My purchases" section.

The Jury members will discuss how they went about choosing the illustrations for the 2021 Illustrators Exhibition, looking specifically at:

- the criteria they adopted to assess the artwork;
- emerging trends of style, subject and technique;
- the extent to which the artworks submitted followed figurative stereotypes and imitations;
- storytelling and narrative sequence: a general overview and the most frequent mistakes found;
- the critical points most discussed and the aspects that most led to an artwork being discarded in favour of another of very similar merit;
- online selection: advantages and flaws;
- tips for illustrators wanting to submit for the upcoming selection for the 2022 Illustrators Exhibition.

Beatrice Alemagna has written and illustrated more than forty books that have been translated in 25 countries. Born in Bologna in 1973, after graduating in Editorial Graphic Design from Isia in Urbino, she moved to Paris in 1997, beginning a career as an author-illustrator, published first in France and then throughout the world. She has created posters for the Georges Pompidou Centre, as well as toys and other objects, and been a jury member of international contests.

In 2006, her book “A Lion in Paris” won the Special Mention for the best picturebook of the year at the Bologna Children’s Book Fair, and in 2007 was awarded a prize at the Taipei International Book Exhibition. 2011 saw her awarded the Andersen Italia Illustrator of the Year Prize. Her work has been shown in numerous solo exhibitions at venues like Munich’s JugenBibliotek, the Montreuil (Paris) Children’s Book Fair, the American Society of Illustrators in New York, and at Bologna’s Archiginnasio History Museum. Beatrice has been selected seven times for the Astrid Lindgren Memorial Award and twice for the Andersen International Prize.

In 2015, Huffington Post included “A Lion in Paris” on its list of Classic Children’s Books. In the same year, two of her books – “Gisèle de verre” and “Jo singe garçon” – were included in Martin Salisbury’s “100 Great Picture Books for Children”. In 2017, the picturebook “On a Magical Do-nothing Day” was awarded the New York Society of Illustrators Gold Medal, the Prix Landerneau, the Moulins Grand Prix for illustration, listed among the ten best picturebooks of the year by The New York Times (“Gisèle de verre” would be listed in 2019), awarded the British School Library Association Prize in 2018 and Germany’s Huckepack Prize in 2019. Her “What is a Child?” (Topipittori 2008) was purchased in 2013 by the Mexican government for distribution throughout schools in Mexico, and in 2018 became a school book for all primary schools in Hiroshima, Japan. In recent years, Beatrice has given herself over to painting. In 2021 her work will be exhibited in two solo shows in Paris and in an exhibition in Wanås, Sweden.

In a career that began at Penguin Books (in New Zealand and the UK) and spans three decades, Suzanne Carnell has been lucky enough to work with many of today’s most talented authors and illustrators including Emily Gravett, Julia Donaldson, Axel Scheffler, Rod Campbell, Chris Riddell, David Roberts, Roger McGough, Lane Smith and Emma Chichester Clark.

After 12 years heading up the picturebook list at Macmillan Children’s Books, in 2016 she launched her own imprint at Pan Macmillan, Two Hoots, with the ambition to create a quality children’s illustrated list with no boundaries of format, age group, style or content, offering the most gifted authors, artists and designers the creative space to try new things.

In its first four years, Two Hoots has received considerable critical acclaim, and their talented authors and illustrators have won prizes including Best International Picture Book at the Chen Bochui Children’s Literature Awards in Shanghai (twice), an Ezra Jack Keats Honor in the USA, and the Bologna RagazziAward Opera Prima, as well as many UK awards including the Kate Greenaway Medal, the top prize for illustration in the UK.

Kiyoko Matsuoka was born in 1961 in Tokyo. She graduated from the Joshibi University of Art and Design, majoring in Art History and Iconology of Christian Art, later obtaining a Master’s Degree from Chiba University on the History of Art Education in Japan. In 1986, she became a curator at the Itabashi Art Museum, in 1989 heading the Bologna Illustrators Exhibition in Japan and partnering Bologna Children’s Book Fair in the organization of the exhibition’s world tour. Over the years, Kiyoko has curated several exhibitions on picturebook artists, such as Leo Lionni (1996, 2018-2020), Yasuo Segawa (1997), Tomi Ungerer (2001), Dick Bruna (2003-2004), Bruno Munari (2007-2008), Tara Books (2017) and Katsumi Komagata (2020). She has organised workshops for young artists on the creation of books for children, various events and courses for adults and school children interested in picturebooks. She has co-written the latest catalogue on the life and work of Leo Lionni. Currently Associate Director of the Itabashi Art Museum, she is also a university lecturer on picturebooks, and has juried many shows such as the BIB exhibition, the Golden Pinwheel and the Bologna Illustrators Exhibition. An EC member of IBBY from 2010 to 2014, Kiyoko is a board member of JBBY, the Japanese section of IBBY.

Maria Russo is the Editorial Director of mineditionUS, an international publisher of picture books and board books. She is the co-author of How to Raise a Reader (Workman, 2019) and a former Children's Books Editor of the New York Times. Previously, she was a writer and editor at publications including the Los Angeles Times, the New York Observer, and Salon.com. She holds a Ph.D. in English and Comparative Literature from Columbia University.

What happened in previous edition?

Click on “BUY NOW”. On the next screenshot, add the event you have chosen to the cart

Activation code. On purchase completion, you will receive a confirmation mail with the activation code for the service you have purchased

Accessing the reserved area. To activate your purchase, go to the reserved Visitors’ section of the BCBF website (or register if you haven’t already done so). Insert the activation code you received by e-mail

Participation instructions. Once you have correctly activated the service, you will receive an e-mail with instructions on how to participate in the event you have purchased

Did you find all the information you were looking for?

Please note correctly the time of your review session. Our schedule is set to Italy time zone. If you are in a different time zone, convert time at www.time.is

“Ask the juror!” review will be held as video conferences in Zoom. If it is the first time you are using Zoom, it is recommended to download your desktop client or mobile app at: zoom.us/download

Please check your webcam and microphone are working properly before connecting

You will have to connect 5 minutes in advance (for example, if it’s scheduled at 9.00, please connect at 8.55)

Each illustrator is given six-minutes’ time with their reviewer, who will have previously analysed your artworks

Screen sharing function will be disactivated, we suggest to have your work at your fingertips

As you connect to Zoom, you will be redirected to a waiting room. “Ask the juror!” reviews are one-to-one session interview, so you might have to wait until your turn comes (for maximum about 82 minutes, in case you are the last one on registration list). The moderator will let you in when everything is ready for you

Please note correctly the time of the masterclass. Our schedule is set to Italy time zone. If you are in a different time zone, convert time at www.time.is

Masterclass will be held as video conference in Zoom. If it is the first time you are using Zoom, it is recommended to download your desktop client or mobile app at: zoom.us/download

You will have to connect 5 minutes in advance (for example, if it’s scheduled at 9.00, please connect at 8.55)

Your microphone will be muted during the masterclass, and neither do you have to turn on your web cam

There will be a Q&A part at the end of every masterclass. You will be able to make your questions to the speaker in video conference’s chat

You will receive a mail with the link to the ZOOM platform where the event is to be held. Test that your pc / device connects effectively with Zoom by clicking on this link: https://zoom.us/test

For an optimal experience, we suggest connecting to the ZOOM platform on a pc. But ZOOM also allows Smartphone access through its APPs or via browser connection, which does not require you to download anything. Your internet connection should be fast and stable.

Your access data are valid for the full day. If your connection fails, you can always re-enter the meeting using the Zoom you received.