A jury of experts identifies the best publishing projects considering their technical elements, artistic merit and the achieved delicate balance between text and images

Walter Guadagnini was born in Cavalese (TN) in 1961. He lives and works in Bologna, where he has held the History of Contemporary Art chair at the Academy of Fine Arts since 1992. Since 2010, he has held the History of Photography chair at the same Academy. He directed the Galleria Civica di Modena from 1995 to 2005. President from 2004 to 2015 of the Scientific Commission of the 'UniCredit for Art' project. Since 2016 he has directed CAMERA - Centro Italiano per la Fotografia in Turin. Since 2018 he has been Artistic Director of the "Fotografia Europea" Festival in Reggio Emilia. Since 2021 he has been a member of the Scientific Committee of the Alinari Foundation for Photography in Florence. In 2007 he curated the exhibition "Pop Art! 1956-1968" at the Scuderie del Quirinale, Rome. In 2007 he was Commissaire Unique for the Italian section within "Paris Photo". In 2009 he curated the exhibition "Past Present Future - Highlights from the UniCredi Group Collection" at the Kunstforum, Vienna (later Palazzo della Ragione, Verona and Yapi Kredi Cultural Center, Istanbul 2010). In 2011 he curated the exhibitions 'Things are queer' at the MARTa Museum in Herford, Germany and 'People and the City' at the Winzavod Centre for Contemporary Art in Moscow and CoCA in Torun, Poland. In 2013 he curated the exhibition "Andy Warhol - An American Story" at Palazzo Blu in Pisa. In 2015 he curated "Questa è guerra !" at Palazzo del Monte di Pietà in Padua and "Gabriele Basilico - Ascolto il tuo cuore, città" at UniCredit Pavillion in Milan. In 2016 he curates "Italia Pop - L'arte negli anni del boom" at the Fondazione Magnani Rocca in Mamiano di Traversetolo. In 2018 he curates "Roy Lichtenstein and American Pop Art" at the Fondazione Magnani Rocca in Mamiano di Traversetolo. In 2021 he curates "The Families of Man" at the Regional Archaeological Museum of Aosta (with E.Grazioli). In 2022 he curated "Fotografe!" produced by the Fondazione Alinari at Villa Bardini and Forte di Belvedere in Florence. In 2000 he published the book "Photography" for the publisher Zanichelli, Bologna. In 2010, he published "A history of photography in the 20th and 21st centuries" for the Zanichelli publisher. In 2015 he published 'Racconti dalla camera oscura', Skira, Milan. He is the editor of the 4-volume publishing project "Fotografia" published from 2011 to 2014 by Skira, Italian and English editions. In 2022 he published Fotografia. Due secoli di storia e immagini, Edizioni Gallerie d'Italia/Skira. He collaborated from 1995 to 2003 as an art critic with the daily newspaper La Repubblica. From 2006 to 2022, he was responsible for the photography section of 'Il Giornale dell'Arte'.

Laurence Le Guen is the author of a thesis on photolitterature for children, an exhibition curator and president of the association Les Amis d'Ergy Landau. She is a research fellow at the Cellam Laboratory at the University of Rennes 2 and at KU Leuven. She also is member of Afreloce and a professor of Literature. She runs the website Miniphlit | Photolittérature pour la jeunesse (hypotheses.org). Her latest articles are dedicated to the unfinished books of the photographer Robert Doisneau, to the collaboration between Jacques Prévert and the photographer Ylla and to the works of the couple Suzi Pilet-Alexis Peiry. Her book "150 ans de photolittérature pour les enfants " has been published in April 2022 by MeMo.

Junko Yokota is Professor Emeritus at National Louis University and Director of the Center for Teaching through Children’s Books. Her research in picturebook visual narrative and visual literacy pairs with her roles on illustration juries and her work in photography. Born and raised in Japan, she is actively engaged in the international children’s book world. Having completed two terms as president of the Hans Christian Andersen jury, she is currently serving on the IBBY Executive Committee. 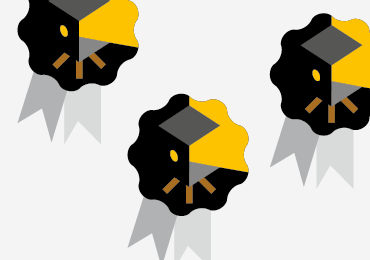